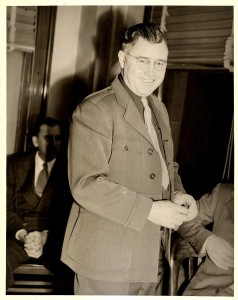 This is my Grandfather Lloyd Neil Sr. who spent 27 years with the State Game Department.

He is pictured here as the District 8 Supervisor in Tacoma responsible for Pierce and Thurston  Counties.
My Grandfather was killed in an tragic accident at age 61 unloading a state owned caterpillar off the back of a flatbed truck in University place in 1961.  I was ten years old on the day of his funeral when I told my father I was going to be a Game Warden some day.
Rookie Trooper, Earl Olson, and Lloyd worked together in Colville in the late thirties before Earl transferred to Cashmere and Lloyd transferred to Ellensburg.  Lloyd was promoted to District Supervisor in Tacoma in 1946 where he and Captain Olson, renewed their friendship. 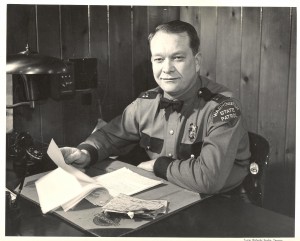 My Great Uncle (my mothers uncle), Captain Earl Olson, District Commander for Pierce and Thurston  Counties 1942 to 1947.  Early in 1947 a bill was introduced by a Yakima State Representative to oust Chief Algeo and replace him with a captain with at least ten years experience.  That year Captain Olson was let go from the State Patrol by Chief Algeo. 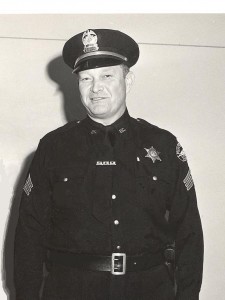 Earl Left the State Patrol in 1949 and was appointed Chief  of the Pierce County Sheriff’s uniformed officers division in 1950. Earl passed away of lung cancer in 1958 at age 48. 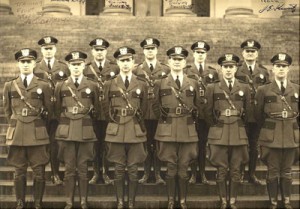 Earl  pictured here in the front row third from the right graduated from the second academy class  on January 18th 1936.  He was assigned to Colville. 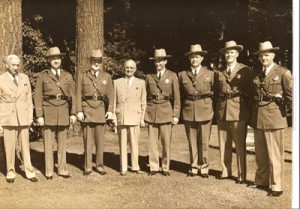 President Truman visited the Pacific Northwest on a whirlwind tour from Spokane to Olympia via train arriving in Olympia on June 10, 1946 at 2AM.  After spending the night in the Governor mansion he viewed the Washington State Patrol who were assembled on the capitol grounds. This is a Photo with Chief Algeo (far left), and his Captains who commanded the districts in the state.  Earl Olson is pictured two to our right from the President. President Truman made the visit to Washington because of the work the State Patrol had done for the war effort. Earl had led the way in his work on the baloon fire bombs coming from Japan. 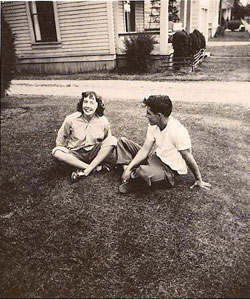 My Mom and Dad began dating after a Christmas Party held at the Olson’s house when the Neil’s were invited.  They had graduated from High School the year before.