The MIRACLE of AFRICA 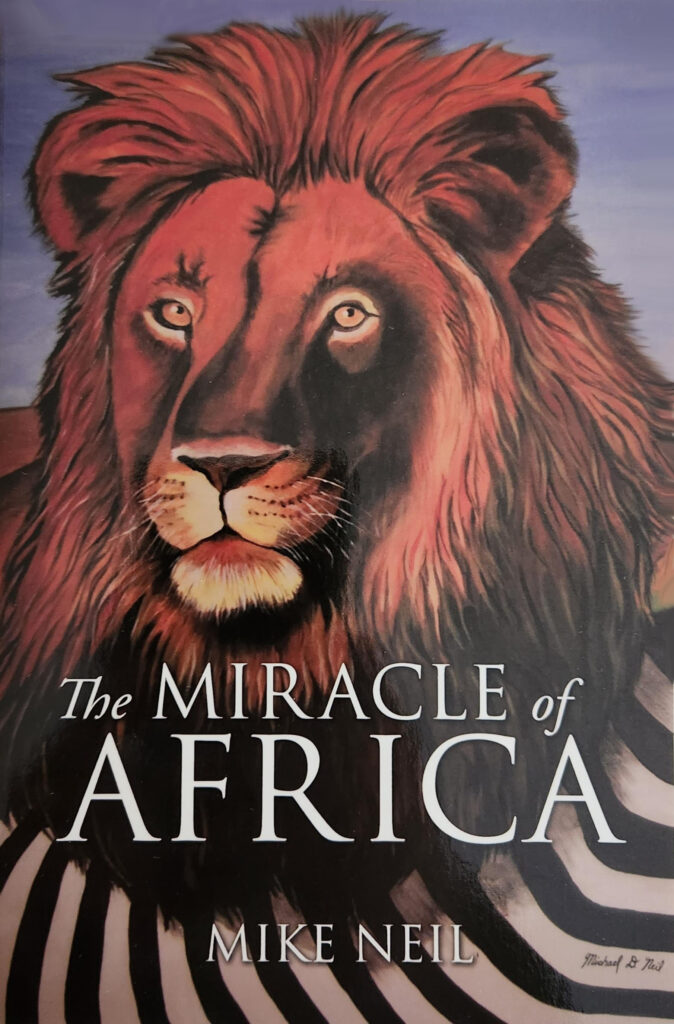 “I began writing this novel after meeting Chuck Lathrop, an African hunter from Ellensburg, Washington in 1996.

Chuck began telling stories of his wife Betty who loved to hunt big game in Kenya. He gave me Teddy Roosevelt’s book, African Game Trails which I devoured. Over the next year I read over twenty-five African classic novels from Martin and Osa Johnson, Mary Jobe Akeley, Earnest Hemingway, Fredrick Selous and Karen Blixen. In all the books I read I never saw a story about their faith.

Pictured her are Mike Neil and Chuck Lathrop from Ellensburg, WA. Chuck is now 95 years old as of 2014.

From there I began to dream about this story so I went back to College and learned to write at the University of Washington. I began writing in 1999, retired from state service in 2002, graduated from the UW in 2003, began working in a Lutheran Church in Tacoma, then went to Africa in 2005 where I finished the final pages overlooking elephants at a watering hole in Botswana.

The following year our family experienced the loss of our daughter Susanne. At the same time we built a house in Gig Harbor. It was after leaving employment from the Lutheran Church that I became a police Chaplain and started a chaplaincy for the Department of Fish and Wildlife. Then three years later in 2011 a group from the Washington State Patrol began discussions about a chaplain program.

The Miracle of Africa is an epic American Adventure Novel that answers the big life questions. It is intended to be a teaching book that will hold your interest and keep you on the edge of your seat. 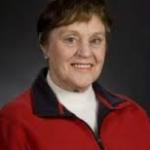 “This beautifully illustrated book is an exhilarating read for not only readers of faith but also those who enjoy a good adventure. The plot cleverly unfolds with each character displaying distinctly individual personalities making it easy to forget that the story is fiction. The descriptions of an African safari, the African bush and animals make you feel as if you are right there taking part. The characters seem so real that I fell completely in love with one and was motivated by another. The message of faith that flows easily throughout the story is truly inspiring and refreshing.”

This is my new novel – Discovering a Family Tree and a story hidden in the Mist of Time.

When I wrote the Miracle of Africa my characters became real people. In Trees in the Mist I have taken real people in real times and places and wrote their story based on family records and stories told to me by my mother that her mother told to her. This is a love story about families down through the generations of how people fell in love an married and had children. It is a story of love and loss. 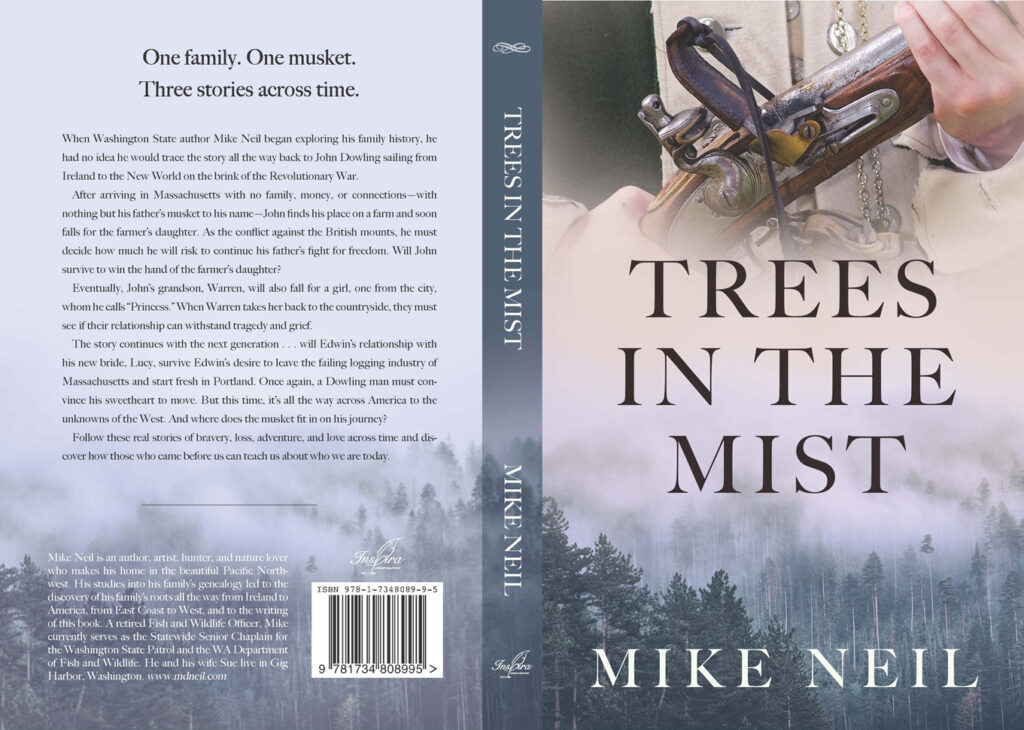 This book is available from Amazon or you can get a signed copy from Mike Neil.